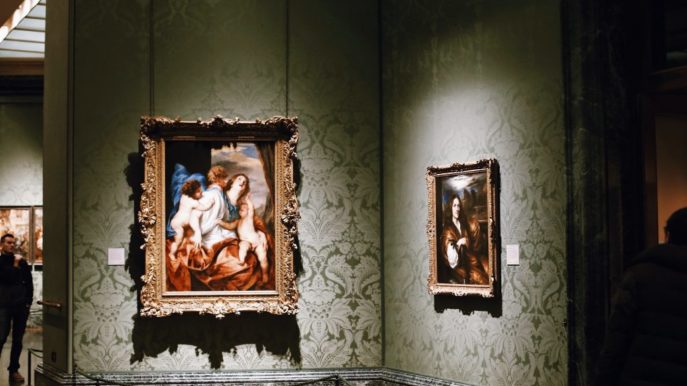 Dora Maar, also known as Henriette Theodora Markovitch, was a French poet, photographer, and painter. However, like many other women in history, she is most famous for her association with a more well-known man. For several art historians, Maar is just a footnote in Pablo Picasso’s biography, among the many young ladies this cubism painter had in his life.

Maar started her career in photography in the Art Deco period, an exciting one for an in-demand medium. She could do pretty much everything when it came to art. This artist’s dynamic fashion snaps, full of shadow and movement, would not be inappropriate in Vogue Magazine’s September issue. Her photos of musicians, raggedly-dressed kids, and beggars on Barcelona, London and Paris streets have a reportage style and candid quality. Her nude portraits are sexy, eye-catching and playful.

However, her masterworks are the surrealism-style pictures that came after all of the above. Maar was masterful in her craft, and she painstakingly manipulated negatives to make odd, hybrid photos. One can only imagine how much effort would have gone into those overlaying and double-exposing work in the darkroom by her.

Keen observers will be able to see recurring themes and characters in Maar’s work. We find a young child playing in a Barcelona street later below a table inside a posh room, hiding, maybe, from a topless lady sitting on top of a man. In a different picture, a boy dangles from a wall, much like the young girl from William Friedkin’s scary horror film “The Exorcist”. Those who look closely at it might recognize the boy as another one, toiling to achieve something for someone, from a previous picture.

Other artworks at Tate Modern are surrealist in a more straightforward way. There is the image of a lady’s hand lolling out of a shell’s mouth or the one of a strange anonymous animal. Maar did not name that animal in the picture, but it is thought to be an armadillo’s fetus.

When Pablo portrayed Maar as the ‘Weeping Woman’, with a green face, she was relegated from an artist to an artist’s muse. This exhibition proves otherwise, though, and you would realize it when seeing the show on a Tate Modern private tour. She kept working long after he rampaged into another girl’s life, making “cameraless” photos. Like many of her other works, these photos burned onto negatives blend technical proficiency with playful and singular artistry.