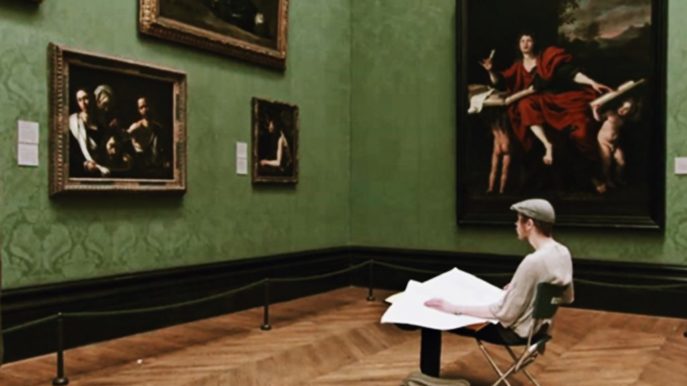 Andy Warhol is one of the most influential artists of the pop art movement in the 1960s, and the Marilyn Diptych one of his most recognizable artworks. His works are revered and studied to this day because they departed from the traditional forms of art like painting. On March 12, 2020, the Tate Modern opened its Andy Warhol exhibition, but the museum had to be shut down five days later due to the COVID-19 pandemic. So, to make it accessible, the museum is hosting Tate Modern virtual tour of the Andy Warhol exhibition; read on to know more about it.

Andy Warhol is synonymous with pop art, and in this exhibition, there are more than 100 exhibits from different stages of his career. They focus on three major themes the artist’s immigrant ancestry, his identity as an LGBTQ community member, and his relationship with religion and death. This exhibition lets you look at the man behind the famed artist, know about his fears and insecurities, and understand the desires that drove him to create the art. It has been understood that he tried to be himself, despite his insecurities, and this is reflected in his art.

The Andy Warhol Exhibits In detail

The exhibits of Andy Warhol have designated rooms and explores how they are connected, as well as to the moments in his life. They fall under the three major themes that were explained earlier. These artworks are augmented by the multimedia display of the central themes in the gallery of Tate Modern. This helps the viewers to return to the man and think about the reasons that drove him to create art. Besides, the exhibit guide also helps you in this as it gives a detailed explanation of what each room represents.

Also, there is a discussion video of Tate Modern curators Fiontan Moran and Gregor Muir, and this is a walkthrough of the Andy Warhol Exhibition. Visitors can take a private tour Tate modern with an expert virtual guide in the comfort of their homes. This can be considered as a safer way to see Andy Warhol’s pop art but cannot replace an in-person visit to the museum. The digital exhibition is supplemented by room by room exhibition guide, a personal tale written by the artist’s friend Bob Colachello, an article investigating Andy Warhol’s relationship with his mother, a video demonstration of the artist’s printmaking process, and podcast about personas.

This Tate Modern virtual tour of Andy Warhol offers a deep and insightful experience to the viewers.