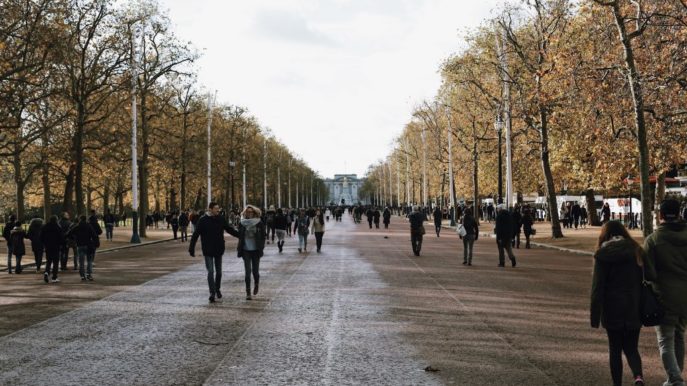 Tate Modern in London is one of the most visited art museums in the world. The main attractions of the museum are some of the major artworks from the 20th and 21st centuries. Tate Modern’s sweeping collection of artworks and their temporary exhibitions will impress every art enthusiast.  Private Tate Modern tours will take you through all the galleries of the museum.

Here is the list of some of the best artworks you should not miss during your Tate Modern private tour.

This unassuming, surrealist piece of artwork is considered as Salvador Dali’s most famous work. Dali used the soft grey and brown color to a highly realistic effect. The sparkling body of water in the painting hovers between being a lake and a fish’s body. This is one of the clear examples of multiple planes of reality that co-exist in Salvador Dali’s work. The disconnected telephone in the painting represents the negotiations between Hitler and then British Prime Minister Neville Chamberlain.

This famous artwork by Andy Warhol was completed in 1962 and now it decorates the walls of Tate Modern. Andy Warhol made Marilyn Diptych after several months following Marilyn Monroe’s death. By repeating the same image of the most famous American actress, Warhol combines the ideas of finitude and the cult of celebrity.

Weeping Woman is one of the most famous paintings of Picasso, which depicts a distraught woman. Picasso modeled this painting on his lover, Dora Maar. The painting is conveying the suffering and sorrow of the Spanish Civil War.

Tate Modern took the Water Lilies by Claude Monet on a long-term loan from the National Gallery. Many art lovers still consider Claude Monet’s Water Lilies as one of the most beloved works of impressionism. This painting is one of the great examples of Monet’s fascination with light.

Ships In The Dark

This is the most famous work of the 20th century artist Paul Klee. The work exhibits the rhythmic linear style of the artist. The painting depicts brightly colored sailing boats in the light of the moon. The time Paul Klee spends in the Mediterranean was his inspiration for Ships in the Dark.

Salvador Dali once again marks his presence in Tate Modern with his famous work Metamorphosis of Narcissus. Many critics considered Dali as one of the geniuses of Surrealism. The Painting depicts Dali’s interpretation of the Greek myth of Narcissus.